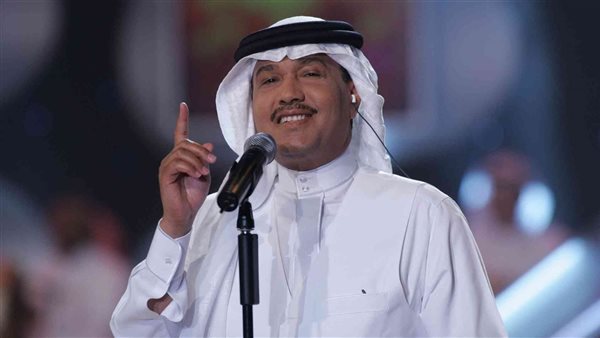 A few days ago, the artist, Muhammad Abdo, was the guest of the program “Stages” presented by the Saudi journalist, Ali Al-Olayani, on the channel “SBC”. The meeting would have passed quickly had it not been for some of his declarations which touched some of the greatest artists, in particular Talal Maddah, nicknamed “The Voice of the Earth”. Who lived and Mohammed Abdo represented the poles of Saudi song for decades.

Al-Olayani asked the guest artist about a number of artists with whom he was contemporary, including Talal Maddah and Abu Bakr Salem: “Can we say that they created an indelible legacy?…Muhammad Abdo has answered: As a flirtatious heritage, yes they left, but the national heritage is what remains, reckon with me, What patriotic songs did they leave behind?

Al-Alyani cited Talal Maddah’s song “My Beloved Country” as proof of his national heritage, but “Abdo” surprised him by saying: Its melody was stolen from the song “Sing with me in Samar and Samar hates me. Because “the artist must give the best for his country” – according to him.

The recent statements have caused a lot of controversy in Saudi Arabia, as some websites from different Arab countries report. Until the end of the crisis, he apologized to the family of the late Talal Maddah and Abu Bakr Salem, through a video clip, in which he indicated that the words he had received from him were cutting “Shuwaitin”, as he said.

Commenting: “Please excuse me.. Excuse me for the expression which was only technical.. The interview was pointed, but it was harsh and deviated from its artistic conception of people.. Therefore, I present to you my apologies. They are virtuous teachers. whose actions do not beat technically and morally.”

The incident of Muhammad Abdo’s attack on Maddah was not the first, despite the latter’s death 22 years ago, specifically on August 11, 2000, at the age of sixty. In a famous incident at the “Al-Muftaha” theater, the “Arab artist” did not forget his rival, as he had previously described him in June 2015 as a bad understudy and accompanying bad companions, the comparing, during which he indicated that he was a student at the hands of teachers who do not know hate, cheating, alcohol and nightlife. .

The statements at the time also sparked a lot of controversy, whether among Talal Maddah’s fans or among his family members, who threatened to sue the Arab artist. Many artists also commented on the statements, including Ebadi Al-Jawhar, who sees in “Maddah” the master of all artists in the Kingdom without exception, saying: Talal Maddah has made masterpieces that only come from a “clean kitchen” and a great artist. inhabited by art and talent.

Muhammad Abdo’s attack on Talal Maddah did not start after the latter’s death, but rather has roots that stretched along their dominance of the Saudi singing scene. Since Talal Maddah recorded his first song for the radio in 1957, which was called “Your Ward, you grow roses”, it has enjoyed a special status, as it is the first emotional song saudi. And its owner became an exceptional star who had no equal by a voice, until Muhammad Abdo appeared with his first song “I fought my eyes for years” in 1968, when we quickly compared some of them, until the comparison between their lovers reached the point of conflict, or as “Madah” described it in one of his dialogues, that the question It was like encouraging the soccer clubs.

Talal Maddah believed that the press had a major role in fueling the conflict between them, especially since their pens were thirsty for something famous to write about. As soon as a journalist wrote about one of them, one of his colleagues started writing about his rival. . And on this subject, he adds: “They made us a means, while their fight is the truth.”

Maddah has often denied this conflict, stressing that what unites them is a relationship of brotherhood and friendship. In 1994, he explained in one of the episodes of the show “The Open Night” that they are not like Abdel Halim Hafez and Farid al-Atrash, who had a lot (dumps) between them. And the public, so for example, the radio is for Abdel Halim and the television is for Farid, or vice versa, so he didn’t leave room for him. As for his relationship with Muhammad Abdo, it was based on a tacit agreement, one of them not holding his party at the time of the other’s party, and it did not happen that they met two parties at the same time. weather.

The song was the main driving force in their struggle, and the lyrics were often at the center of that struggle. For example, “Maddah” says on Emirates Radio that the song “Night of Thursday” was his to begin with, but became Muhammad Abdo in a way he doesn’t know.

“Leilat Khamis” is not the only one, since it was preceded by another song called “Lana Allah”. Maddah said that Omar, as a lesson, had composed a melody, including the doctrine and the first cut, during an evening with friends, and had promised him that the song was his, so the days passed and he l heard in the voice of Muhammad Abdo.

There was also another melody put by Adnan Khouj, for a song from the lyrics of Fayek Abdel Jalil, which is “Al Ma’azim.” Maddah confirmed that he agreed with Adnan to complete the melody, to record it whenever he was in Cairo. When the opportunity arose and he threw a party in Egypt, And Muhammad Abdo threw a party a few days later. He asked about new songs by Muhammad Abdo; The answer came to him that he would sing a song called “Al-Ma’azim”.

The crisis of the song “Jamara Ghada” was the most famous. The press treated him closely, until the poet Prince Badr stepped in to resolve his crisis. Maddah says the problem started when he published the news of her singing, and the press caught writing about it, and Muhammad Abdo was abroad, so he sends a demanding papyrus that the song not be published, because it has a concession from the poet; There is right. Maddah had printed 60,000 copies of the strip, so it was difficult to implement Muhammad Abdo’s request, and crisis erupted, until the poet Prince Badr called him, saying the press put his name in the case, asking him to drop the song. , to give her two alternative songs in return, Here Maddah decided not to release the song.

Talal didn’t know Jamra Ghada, he was in America when the lyrics were sent to him to be composed. However, he was not always well-meaning, as he laughed, stating in his dialogue with the media, Kawthar Al-Bashrawi in 1994, that when he covered artist Mohammed Abdo’s song “Spaces”; It was no coincidence, attributing the reason for this to the public, who always demanded that they cooperate, that is, to compose a song for each other.

Maddah added, “I once heard this melody from him, and I liked it, so I told him I wanted this melody, but he refused, and I said the audience is the one. who asks for it, so he also refused.”

During this; Talal had heard the melody twice and memorized it, and when he returned to Cairo, the company sent him a set of poems, including this poem. When he found it in his hand, he composed it as part of the melody he heard. by Muhammad Abdo. Talal said, “In that song, he had the truth.”

Muhammad Abdo calls for the resignation of “Voice of the Land”

Retiring from singing was one of the reasons for the conflict between them, although the call for him came from Muhammad Abdo, who said: “Talal Maddah is getting old and he has to retire. He said in his explanation of his purpose, “That word the press sees a lot in, whereas I see myself. He remains a beacon for us, and stays with his beautiful image and strong generosity.” Maddah did not find an answer to what he said, except to explain it, while hiding his laughter, that Muhammad Abdo intended to relieve him from the fatigue of singing, adding ironically: “His heart is on me”.

The retirement crisis began in 1989, when Muhammad Abdo announced his retirement from singing. It wasn’t a literal retreat, but he stopped appearing at parties for eight years, until he returned in 1997, for several reasons, including the death of his mother, and also a return about what he had done and what he was going to present.

Talal Maddah retired from singing immediately after Muhammad Abdo’s announcement. I removed the other. He refused to explain his saying, but then gave the reason by saying, “Losing a teammate is like a peer, in this case I don’t feel the beauty of competition, because the habit human is that he likes to compete with those who came after him, and Muhammad Abdo is one of He came after me and is trying to catch up with me, and I am trying not to get ahead of me, and here is the competition, like this is the case with my essential servants.

What renewed the crisis was the return of the two of them to sing again.During this period, Muhammad Abdo presented the “Rain Song” from the words of Badr Shaker Al-Sayyab, in which he blasted its melodic energies. He also presented “Al-Bawaz” and several recorded sessions; He published it in albums under the name “Shaabiyat”, and also featured patriotic albums which featured his picture in military attire. He also participated in the “Janadriyah” festival every year, but he kept asking Maddah to withdraw. Where he had returned to his concerts after Muhammad Abdo released his album “Al-Bawaz”, which he said was one of his pre-retirement works, but Maddah commented saying: He claims that, but I had no idea, and as long as he puts tapes on the market, why am I retiring??