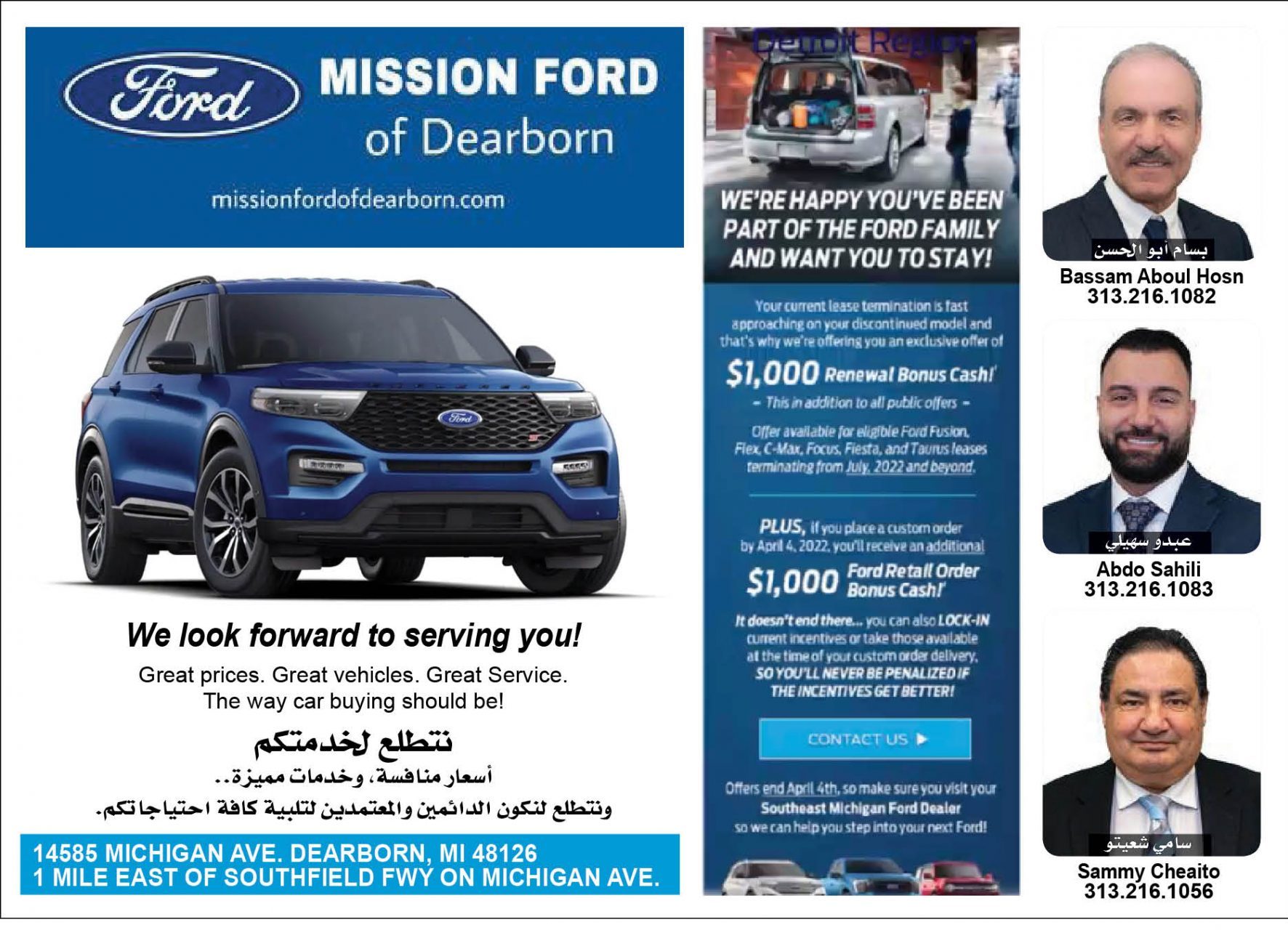 Wajdi Al-Ahdal*
With the French critic René Girard, we can say that the time has come for literary criticism to rise to the rank of the great human sciences, even to aspire to transcend them… that is to say, to achieve transcendence cognitive, and to provide the correct information that other sciences have been unable to reach.

Man remains the greatest secret, and most sciences seek to reveal his secrets. There is medicine, which focuses on the body, and there is psychology, which peers into the caverns of human consciousness. It remains to say that literature is the first explorer of the human soul, and that all the other sciences followed its trail, and at a certain stage it transcended it – that is, literature – and became tainted with vanity, and decided that she was satisfied and no longer needed the light of creativity and inspiration.

In his book “The Romantic Lie and the Narrative Truth” (translated by Radwan Zaza, Arab Organization for Translation, Beirut, 2008), René Girard brings a new gospel of literary criticism and concludes that most human activities have to do with with what he calls the “triangle of desire”. That is to say, it displaces all the theories of the great psychologists like Sigmund Freud and Carl Gustav Jung, and the theories of sociologists, first and foremost Karl Marx, and establishes, from the novels of Cervantes, Stendhal, Proust and Dostoyevsky, a new theory, an amazing, simple and brilliant theory. Quixote, Red and Black, In Search of Lost Time, Demons. Amazingly, this theory can be applied to a number of human activities in the political, economic, and religious spheres.

The “triangle of desire” consists of 1- the will 2- the thing desired 3- the mediator of desire.

René Girard explains that the problem of modern man is vanity! And that this arrogant person cannot extract desire from his depths, but rather borrows it from others. The easiest application of this idea is found in the madness called “fashion.” We find for example women who spend their life buying imitation and imitation clothes and accessories, just like young men who imitate sports or cinema stars. It is the wrong way that has emptied the man contemporary with its content, and made it suffer from emptiness and spiritual desertification.

In the previous examples we understand that what we mean by “mediator of desire” is someone we take for a god, a human being who becomes the idol of the masses, a kind of pagan cult. hidden heroes that the media focuses on. day and night. Rene Girard says:

“The arrogant has I am incapable of desiring by himself… The source of spiritual poison is in our imitation of passion for individuals who are in fact our equals, but we dress them in an arbitrary garb of magic and prestige.” This description is easily noticed by teenagers eager for imitation, but René Girard goes further, and explains in detail that our activity at our different ages is linked to the triangle of desire… and that a person does not get rid of the magic of the triangle of desire except at the point of death, that is to say in the dying state.

Some will say that religions can free man from the triangle of desire, but it is clear from René Girard’s description that blind imitation also applies to religion, and that an admirer of a cleric or a preacher is no less obsessive than an admirer. of a football player, and both take as an example the mediator of desire. He loses the ability to think independently, and his true feelings get lost amid a jumble of feelings that don’t concern him personally. The funny thing is that René Girard notes that this desire is contagious, and that one captures the desire of his neighbor while he catches the infection of the disease just by touching an infected person.

And there is a more stubborn form of vanity, it is the arrogant who believes himself independent of everyone, and does not accept anyone’s tutelage over him, because he is free in body and mind. René Girard describes these people by saying: an arrogant romantic doesn’t want to be someone’s disciple, and he thinks he’s very authentic.

It can be seen that most of the literature produced in Europe over the last two centuries has been presented with characters confirming this enterprise, with the exception of genius novelists such as Proust and Dostoyevsky.

René Girard concludes his book with a succinct quote from the thinker Max Schiller: “Man has either a god or an idol”. It is like a light that pierces the darkness in which the most beautiful minds produced by our contemporary civilization have groped. The whole book speaks of these two paths.

How can a person realize that he is arrogant? René Girard offers the typical recipe: “For an arrogant to desire an object, it suffices to convince him that a third party, of some consideration, desires it. According to this analogy, one can see why, for example, most love affairs fail after marriage, because the arrogant lover rushes to love, not from a genuine motive of himself and his feelings, but because a third party aroused his jealousy, and provoked his arrogance in him to compete. Once the danger of the competitor has passed, this lover The arrogant discovers that the object of his desire – the woman – has lost its value! This analogy also applies to all our desires in life. The frantic race to acquire, consume and spend is nothing but an epitome of the arrogant contemporary man, torn by jealousy and envy. In some cases, this vanity degenerates into hatred, then the desired thing becomes hated and a source of repulsion.

René Girard divides works of fiction into two parts: works of romance and works of fiction. He considers novels that do not reveal the “triangle of desire” to be works of fiction and not novels. illusion, and distances it from discovering itself. René Girard comments on this type of novel by saying: “Every day hate writes to us on the lives of our most false enemies.”

René Girard extends over 370 pages by establishing the theory of the “novel” novel, which is based on the law of the “triangle of desire”, and this triangle does not appear, as we have already mentioned, only in a very limited number of the great writers of the novel.

Is desire bad? René Girard answers this question by dividing desire according to its source: if its source is vanity, then it is a false desire, and if its source is “passion”, then it is a sincere desire. Note that he puts “passion” in exchange for vanity, and not “humility” as might first appear to the mind. This is strange, because it is common for “humility” to be the opposite of vanity. If we apply, for example, the sayings of René Gérard to cultural activity, we will see that the desire for creativity is either motivated by vanity, that is to say that a person desires creativity to satisfy his ego, that his desire stems from a true passion for creativity, and the difference between the two is the difference between the original and the imitation.

As for Arabic literature, we can say with certainty that the novels of Naguib Mahfouz and Tayeb Salih were written out of “passion”, and this is the secret of their originality.

We find the “triangle of desire” in many stories mentioned in the Holy Quran, such as the story of “Iblis” the peacock of the angels whose vanity prevented him from prostrating himself before Adam. The triangle of desire appears clearly in the story of Adam’s departure from Paradise. Adam is the will, the forbidden tree is the thing desired, and Satan is the mediator of desire. The word “arrogance” is repeated indicatively in the Quran. verses that speak of the exodus of the Father of Humans from Paradise. The triangle of desire also appears in the story of Prophet Yusuf with Zulaikha, the story of Prophet Musa with al-Khidr, and in the sayings of polytheists who maintained that they worshiped idols only to bring them closer to God. , which means that they were taken as mediators of desire.

The French literary critic (René Gérard) has gotten his hands on a treasure trove of secrets, a new kind of knowledge that no one has preceded him, and he transcends the familiar limits of literary criticism to rise to a higher intellectual arena belonging to this global response to human destiny hovering above our heads from the first grandfather to the last grandson.