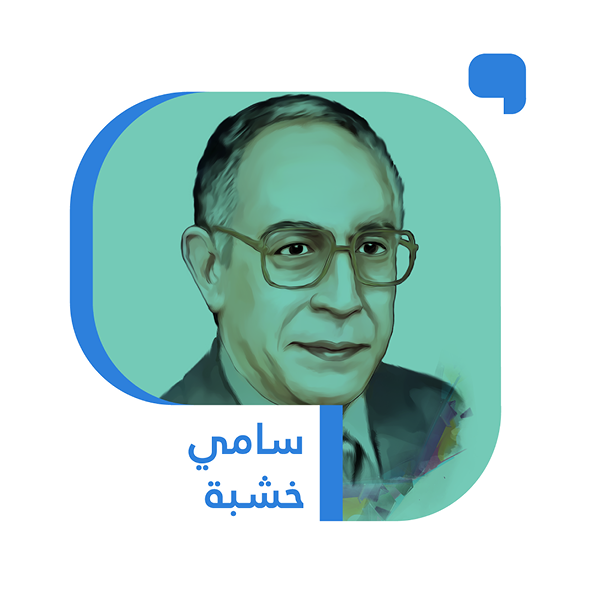 Television has indeed played a major role in the emotional and political unification of much larger and more developed societies (as shown by the first studies of it in the 1950s, carried out by research groups at the universities of Bell and of South Carolina in the United States). United States, under the leadership of the founder of the American “school”, Petrim Sarokin). peculiarities among the “nations” of the West and of the world. Although the new popular television culture has absorbed both types of culture (the popular inherited from the old and the high-end scholar) to serve its purposes are both consolidation and influence/education. /entertainment.

It is clear that these facts (intuitions?!) are present in the minds of the planners of “dramatic” programs on Arab television, especially during Ramadan!!

Ramadan is traditionally the month of “sleeping”, or it has become so with the expansion of the bourgeois “commons”, and what approaches it with all its segments both in town and in the countryside and the increase of its capabilities, and with the increase in all of its “activities” and diversity, and the growing importance of its assimilation as part of the “culture” National or National Monotheism, and it is evident that “evening” “television” plays the main role, and the dramatic – or semi-dramatic – illustrated “narrative” is inevitable that it will occupy a major place (the main position) in this role, because in the dramatic illustrated tale We, or our ancestors, or our counterparts and their counterparts embody (or imagine that we embody), but in the context and in the training that the institution aims to instill in the consciousness (in the unconscious) of the vigilant, eager public entertainment, and there’s nothing wrong with a dose of education – no matter e of meaning The origin of the word “culture”, the presence or absence of this connotation, and subject to the entertainment and (or) education that the institution will offer them, an abandonment that stems mainly from their approval, pre-institution vision and role. The types of subjects determine the artistic genres.

Types of subject: TV series are divided into religious and historical fiction – religion and history can be mixed in a separate genre – mythological fiction (heritage: such as One Thousand and One Nights or Tales of Juha…etc. ) and modern social. In the mid-1970s, the religious question was mostly, and from a semi-popular point of view, its owner and “determinant” did not care so much about the myth it contained, or “Israeli” women or perceptions that have come to an end – politically and culturally. – provoke or renew types of conflict and “strategic-intellectual” tendencies dating back to the Middle Ages. The “social” question was mainly posed from a moral point of view, and the images of corruption or exploitation, etc., were presented as a kind of moral lethargy or absolute “evil” which only required a certain degree of discipline, discipline and help from the righteous saints.

Before the end of the seventies, the religious question – which still prevails – approaches the approved history on the one hand (the series of Muhammad is the Messenger of God, taken from the famous book by Abdul Hamid Judeh Al-Sahar) , which tells – in a semi-epic construction – the story of the Quraysh in Mecca before reaching Bani Hashem, then in Banu Abd al-Muttalib, the birth of the Messenger – may God bless him and grant him peace – and his education (photography of his entourage only, of course), his youth at the Resurrection, then migrations, invasions and conquest. Since the beginning of the 1980s – or a little later – we have witnessed a progressive and strong evolution, whether in the treatment of the religious or historical question and their mix – or in the “national socio-political” vision which seeks to control this approach, or to a growing interest in the social question with its mixture in certain Sometimes with a historical dimension, even modern “history” – the direct father of current socio-political history – occupies a growing place in television dramas, (we note in this respect that the choice of the daily broadcasting schedule in periods of intense viewing after six o’clock in the evening, until about ten o’clock in the evening is directly proportional to the attention increased The socio-political dimension.

The religious question is based on “accredited” history from: the well-guided caliphs to the imams of the sciences of interpretation and history (Al-Tabari – Abu Jarir for example), to Omar Ibn Abdulaziz and Al-Rasheed, and even Ibn Hazm (at the end of the 1990s), in series whose titles notably bear these names, and to “Judges” in the series “The Judiciary in Islam”. where history and religion intertwine, attempt – mostly successfully – to underline the meaning of seeking to unite the nation, and to push it to pursue horizons of tolerance, human rights, justice and equality, and affirmation. The sense of hatred of division, struggle and rupture, (with inherited tendencies which are difficult to get rid of easily, tending to pride, glorification and embellishment of the national self), and the glorification of individual heroism – primarily war – as in the conquest of Andalusia or (Tariq Ibn Ziyad and Musa Ibn Nasir, or in Amr Ibn Al-Aas, And in Abd al-Rahman al-Dakhil “Saqr Quraish “…etc). As for the fictional subject – from folklore, from the Arabian Nights in particular, and he was alone in the arena about eleven “Ramadan”… before 1982, his treatment shifted, in the 70s he extracted of “Thousand Nights” its unique characteristic, the characteristic of its ability to paint a very realistic painting. (near: natural) for special events social background.

However, the sense of social significance does not coincide with the sense of the social realists from the end of the 19th century until the sixties of the 20th century, but rather tends towards critical realism: the realism of the critique of the whole social fabric. : human beings and their models of all groups and their human relationships (family or process…etc).

This is perhaps what characterizes the social television drama (historical or contemporary) of the 1980s. This genre (social, political, historical or modern) gradually took center stage with the incursion of the 1980s. 80s and 90s, although his signs did not break before. Why is all this “broadcasting” concentrated, and best from the perspective of the institution, audiences, and critics during Ramadan?

What is the relationship between the entertaining and educational “sleep” of Ramadan with the observation for several hours each evening of the holy month, on the history of family class relations between my family and the two dynasties of an agricultural farmer pasha and of a capitalist industrialist pasha, and between them together and the “working class” of each of them then the generations of their dynasties like The Dreaming Nights in Three Batches for years… or by observing similar relations between the groups – and generations – of the country’s children of merchants, mercenaries and others, and men and women learned through three other hidden lots (Al-Halawani Gate) … or by reviewing the history of the Tatar invasion and its resistance, and the crusaders in the context, from Jalal al-Din from the two branches of al-Khwarizmi in the Indus valley and the foothills of the Afghan mountains, to Baybars and Qutuz in Egypt, in pa going, of course, through Shiraz, Iran, the Kurdish mountains, Baghdad, Iraq, Damascus, the Levant and Aley Lebanon…etc…etc.

Perhaps the relationship is based on the desire – both conscious and unconscious – inherent in both the public and the institution to take advantage of the “time” available during the long nights for entertainment and education, and to emphasize a feeling of cohesion – of unity, and participation together in the “look” and disagreement on the meaning of a viewing and its implications?!