Accidents leading to fatalities while filming in dangerous locations have risen dramatically in recent years, the latest being the unfortunate incident that resulted in the death of former Moroccan footballer Mourad Lmrabet, in front of his family members. He was trying to perform a ‘death leap’ from a rock up to 35 meters high into a lake on the Spanish island of Mallorca, while his wife filmed him, and she documented the moment he hit the rocks. These are moments that seem “fun” to many, but in reality they end tragically, and the resulting death toll has reached hundreds over the past few years, and the people who were trying to capture the image perfect to publish on social networks are victims. It seems clear that the presence of social media has increased the pressure in this area as it gives a sense of satisfaction to every individual who likes the appearance. This is a disturbing phenomenon that attracts attention and requires awareness due to its seriousness, knowing that these incidents particularly affect the category of young people, who may be more attached to social media in general and to the idea of ​​taking photos and attracting attention, and more affected by the reactions and comments on the photos they post, which motivates them to take the “perfect photo” at all costs.

In the most dangerous places

India is one of the countries with a particularly high number of fatalities in accidents while taking selfies in dangerous places, as the figures show. However, there are cases all over the world where people seek to take “cool” photos to post on social media, knowing that they will get a lot of likes. Because of this obsession and love of appearance, they go to great lengths to take pictures in high-risk locations and conditions. The unfortunate Morabet incident is certainly not the first, and it may not be the last, as there have been hundreds of them, especially since the first front-facing camera phone appeared in 2010. It was preceded of incidents in which young men and women wanted to take pictures of the highest peaks, and some of them wanted to take them on a railway, or in front of a fish The shark, and some of them are died by falling or drowning in the Grand Canyon, which has an estimated annual death rate of 12, and that applies to many tourist spots where presence is sometimes fraught with danger.

According to a report published by the British newspaper “The Sun” in the middle of last year, the number of deaths in accidents while taking selfies exceeded 330. Including what happened when falling from cliffs, by being electrocuted or drowning by taking “perfect photos”, which garner more likes. As for the countries with the highest number of deaths, India comes first, followed by the United States, then Russia. The most common places where taking selfies cause death are train tracks, and more than 60 people have been killed this way, in addition to those who died on cliffs and by rivers, according to various reports.

Between lack of self-confidence and lack of emotion

According to psychologist Giselle Nader, people can engage in dangerous activities while taking the necessary steps to protect themselves and reduce risk, and when it comes to finding the optimal image for dissemination via social media, and with the obsession with photography that controls many, the emphasis is on the beauty of the image and the capture of the most beautiful corner, and in the event of presence in dangerous places or conditions, safety is no longer a priority. In general, the reasons why these people are at risk when taking better photos or videos are mainly to get more likes and encouraging comments. Sometimes the goal can be for some people to be famous, even to earn money, if there can be a financial return based on the number of likes… “Some people spend a lot of energy and time to achieve this. And if we look at it from the point of view The reason for this is clearly that they find in it a compensation for a certain psychological need that they have. It can be a lack of emotion, for example, or the need to feel the admiration of others, as if the admiration the image receives is an affirmation of love and admiration for the person themselves by others.

Before the advent of social media, the standards and ways of expressing admiration differed. Previously, the expression of admiration was limited, as was the number of those who expressed it around us, and that was limited to those in the ocean. Criticism was always easy, while admiration was harder. As for the existence of social media, considerations have changed and it has become possible to express admiration for certain images, people and circumstances on a larger scale. It has also helped to strengthen the love of appearance among many based on this principle, and it is what makes people want to post photos and videos widely, and focus on those “ideal and wonderful” in photography to gain more likes and appreciation. . In general, people who suffer from low self-confidence seem to need this recognition more, they seek it more often, and their focus is more on posting these photos and videos and exposing themselves to more risk sometimes in order to to get them no matter what. the cost. It is as if some look at it to confirm their beauty or their effectiveness or even their existence. Noting that many of those who appear in the videos as having great self-confidence and a strong personality, are actually more psychologically fragile and are looking for something to give them that self-confidence, even though those likes they get are often unreal. For them, these numbers are enough to boost their self-confidence, satisfy their ego and assure them of what they would like to see in appreciation of boldness, courage, beauty and strength. In general, it seems clear that social media has created the place for people who seek attention in any way. They can achieve this goal by appearing and attracting attention. Note that all this is nothing but a reflection of psychological issues that require proper attention. And we must not forget, according to Nader, that in exchange for these likes, social networks have also given way to negative criticism and defamation, which is causing harm to many more sensitive, and it is also one of its downsides. 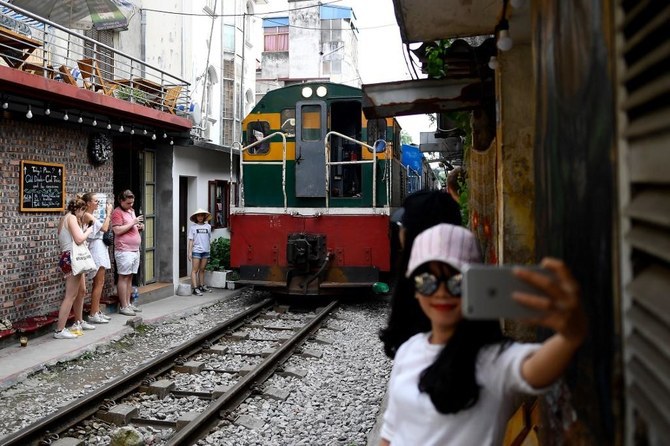 The death rate increases by taking selfies on the railways (AFP)

To avoid reaching this stage where the individual can manage to put his life in danger, “in a state of suicide”, to win the admiration of others and attract their attention, Nader advises to work from an early age to enhance self-confidence, because the lack of self-confidence is often hidden behind this condition:

The child’s self-confidence should be bolstered by expressions of flattery from his parents and appreciation of his accomplishments and skills that satisfy his ego.

The child must be given all the attention and time necessary to satisfy him emotionally so that he no longer needs to attract attention or seek to impress others in an exaggerated way. Receiving appreciation and admiration from people who truly love us provides a sense of smugness, because those are real feelings.

Appearance and the desire to be recognized and admired can be present in everyone, but within certain limits. Who among us does not feel satisfied hearing the word admiration or appreciation or attracting attention? But when it goes beyond normal limits and turns into an obsession in which a person can put themselves in danger for their own good, there are psychological issues that need to be addressed.