The competition for the 75th Cannes Film Festival began to unfold, and it was launched with the highly anticipated Russian film “Tchaikovsky’s Wife” directed by Kirill Serebrennikov. The reasons for this expectation are many: first, Serebrennikov is a defector from the Putin regime, and everyone is waiting for what he will say in this film about one of the most important symbols of his country’s culture. Second, cinema, whether Russian or not, rarely covers the details of Tchaikovsky’s life. Thirdly and finally, and this reason is the most reason for anticipation: Serebrennikov has a great talent, which devotes himself film after film, as one of the important voices of contemporary Russian cinema, knowing that he has been free for a certain time in Berlin. , after living under house arrest for years in his country. . Although his suffering with the Russian regime is very much immersed in the present and is rich material for the screen, his recent films are anchored in the past, perhaps saying something about the present, in a kind of dialogue between eras. .

Let’s not delay in announcing that we are in front of a film that carries a lot of beauty in terms of form and content. A film that traces the Russian cinematographic heritage, a heritage not devoid of poetry and deconstructs the mysteries of human nature with passion and determination, and by successive blows on the sensitive chord of feelings. So much so that finding films that rival “Tchaikovsky’s Wife” to create such splendor is a challenge in itself.

Cruel and passionate, the film accurately relives the era that gave birth to the world we know today. From the outset, the director notes that he conveys the atmosphere that reigned in Russia at the end of the 19th century, particularly with regard to the living conditions of a religiously married woman, and the suffering that awaited her if she decided to divorce. Nevertheless, the film does not convey a feminist spirit and does not ride the wave of women’s victory in an arbitrary way. “Tchaikovsky’s Wife” Portrait of Antonina Milyukova (Ilona Mikhailova), married to Piotr Ilyich Tchaikovsky (Odin Peron) for three months, after falling in love with him despite his homosexuality. She is a deeply religious young woman who studies music, a famous artist who shuns social relations. The entire film depicts the details of this disastrous marriage between them, from the moment of their first meeting, which turns into love and obsession on his part, to the scene in which she will reveal the secrets of her heart. , until the gradual loss of his mind and consciousness. A tussle between two parties, in which there is no agreement or any form of romance, knowing that the director has decided to surround the story with a lot of love, care and poetry in his incarnation of a complex psychological and emotional problem.

The couple’s story had already been filmed by the British director Ken Russell in his film “Music Lovers” in 1971 (in addition to a Soviet film by Igor Talankin on the biography of Tchaikovsky in 1969). But for a Russian, representing it is something else! It places us in the middle of this emotional turmoil and storm surge, using cinematic language and terrible aesthetics. All this translates into scenes that take us to seventh heaven, which will remain in our memory for a long time, and all revolve around Antonina and her suffering by submitting to a reality that is not real, a reality that lives and grows in his mind. 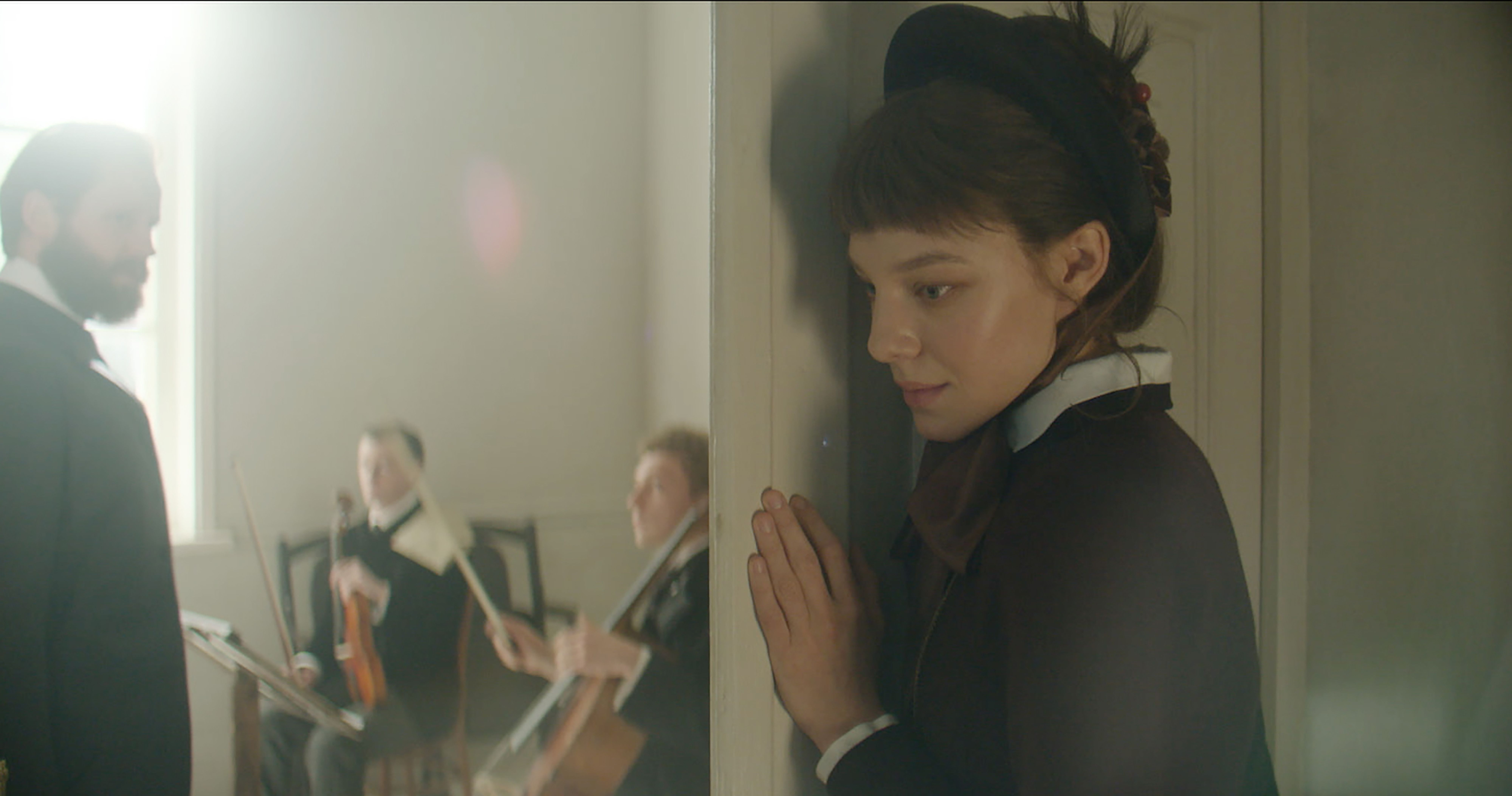 The film adopts his point of view by narrating events that will turn into obsession, madness and pathological attachment as they develop and reach their conclusion. The good idea that gives another flavor to the film is that it is free of Tchaikovsky’s music. Instead of resorting to it, the director decided that the whole film would be a visual translation of Tchaikovsky’s romantic music. The movement of the melody is replaced by the movement of the camera (amazing photography by Vladislav Opiliants) which takes us further into the imagination. In all of this, Serebrennikov, who is currently preparing to present Chekhov’s “The Black Monk” at the French festival in Avignon, says he is a man of the theater who knows how to mix two arts. His film is as much theatrical as it is cinematic.

The film doesn’t explain everything, and that’s part of its beauty. It leaves many gaps and unanswered questions. Even the words the characters sometimes need to justify their positions and explain their choices, are absent in favor of a visual language that allows the director to present a poem full of tension and hallucinations that intersect with more realistic moments. and give the impression that we are in a reverie. Anyone who walks into the room knowing nothing of Tchaikovsky’s sexual inclinations, which even prevented him from kissing a woman, won’t know much about the subject. Even Antonina herself didn’t know that he preferred men to women, until her sister uttered the information. This choice to say things in innuendo and without labels, generates a film that contains many mysteries and has aspects that do not await any explanation.

No, the film is not a biography of Tchaikovsky who is in debt and afraid of being unmasked by the Orthodox community, nor is it a description of the different stages of his artistic and musical life. The film does not follow any official account to talk about it. The director explains: “In Russia, Tchaikovsky is a tall man who did not suffer and did not live a personal life. His personal life remained unknown to all Russians.” We can deposit on the film several political readings, because it is, in the end, a metaphor of power. There are those who see that the relationship between the spouses is very similar to Russia’s relationship with its people, as it is a relationship of power that aspires only to slavery.

“Tchaikovsky’s Wife” depicts the difference between love and attachment, between interest and obsession, between belonging and possession, showing how this relationship, despite its cruelty, inspired the musician. Serebrennikov puts a lot of Russia into this film, a lot of his cinematic obsessions, and the result is impressive in more ways than one.